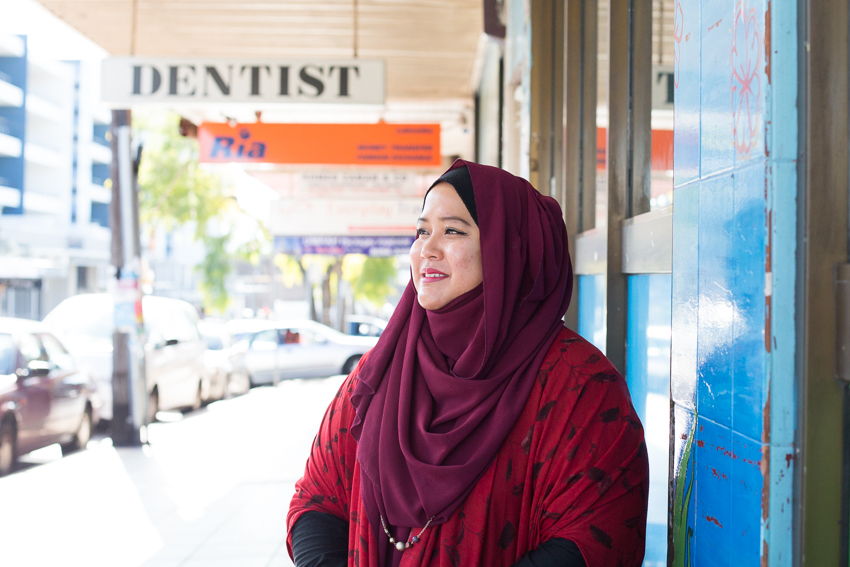 Amalina Aman knows a thing or two about challenges. Having been told from a young age by the community around her that fashion design wasn’t an appropriate career choice for an Australian Muslim woman, Amalina set out to prove them wrong by releasing her line of modest fashion that has now been seen on catwalks around the world. The Westies sat down for a chat about the journey so far and how Lakemba will always have a huge influence her designs.

The Westies: Have you always know you wanted to be a fashion designer?

Amalina: In Year 8, I decided I wanted to do fashion because my Grandmother was such a big influence in my life. I used to watch her make patterns, and sew without even any knowledge of reading or writing, she would make all these beautiful things and that really inspired me to do fashion.

Growing up as a young Muslim girl wearing the hijab, a lot of the family members said, “You can’t do that! It’s against our religion”. Then I think in Year 9 we had a choice of choosing what subjects we wanted to do in high school. Unfortunately at the school that I went to they didn’t back me up in wanting to do fashion design. They said, “Why do you want to do fashion? Why don’t you do childcare, or something that’s in your area, that would be more accepted?” I remember the words of the guidance counsellor, she said, “The people that are usually doing fashion would have to be in the right culture and have the right money.” I went home and told my Mum that and she felt that I didn’t have a voice in that school so she took my out.

That’s when it all started. After that my parents enrolled me to fashion school. I was the first, I was the only Muslim girl actually to be wearing a hijab to go to fashion school, I went to Whitehouse Design and at that time I had a lot of weird stares but it never bothered me – I just did what I had to do and just kept on doing it. 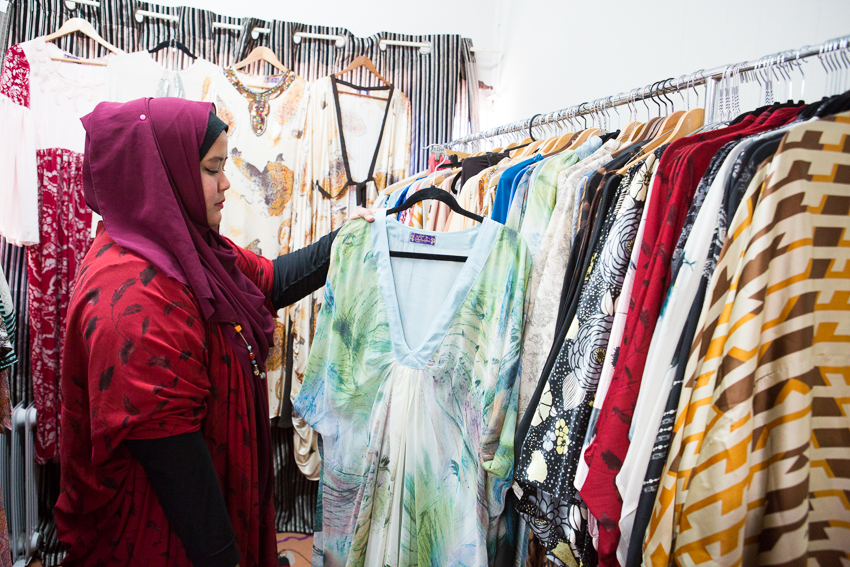 The Westies: You are from the Cocos Islands, which I must admit I don’t know anything about, can you tell me about it?

I know a lot of people know of Christmas Island because of the refugee camp and all that stuff that’s happened over there. But they don’t have it anymore because they’ve moved all the people to Naru.

The islands are closer to Indonesia, Singapore and Malaysia. That’s why we’ve got a lot of influence from the Asian culture, we also have a lot of Dutch in my blood, as well as Chinese. We’ve got a real fusion. Cocos Island are Australian though, everything on the island is Australian: passport, Australian money. We are Australian Islanders. That’s what I’m saying – a lot of people actually don’t know about us: There was an exhibition in Western Australia about the Christmas and Cocos islands called “The Forgotten Slaves” – about the forgotten people that no one knows about.

I actually grew up in Western Australia, then we moved to Sydney in ‘95 when I was 11. It was a culture shock, because Western Australia is very small. There weren’t many different nationalities there, there were only Aboriginals, Anglo Australians and Cocos Malays. That was it. When we came to Lakemba it was a big culture shock, it was as if we were in a foreign country.

The Westies: How has Lakemba influenced you?

Amalina: Lakemba? Oh my god! I think Lakemba’s always in my blood. No matter where I go. It’s like Lakemba follows me everywhere. I went to Paris last year and there was no culture shock for me. There were influences of the Algerian, Moroccan and Bangladeshi, it was very diverse over there. All the stuff that you see on news, unfortunately you kind of believe what they say, and I was a bit scared. Just like when bad things happen in Sydney, everything is always pinpointed in Lakemba. But it’s not the truth. 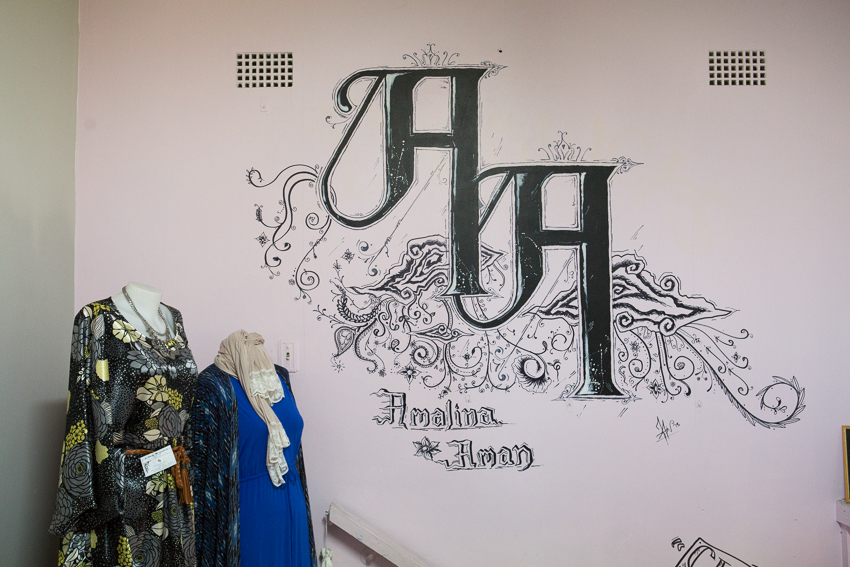 The Westies: What personally is fashion to you?

Amalina: Fashion to me – is personal. Everyone thinks that Muslim girls would only wear a long abaya, which is like a long dress, and only in black. But we don’t, we have different colours we do different styles. “People will look at us and think, “Oh my gosh, she is so oppressed.” But it’s not true. We actually have a choice to wear what we want to wear.” I mean, you go on YouTube and you probably see 10 million different ways of styling a hijab. For me, I love to dress modestly, a lot of loose clothing, I am very influenced by the bohemian era. In my personal style, I am very laid back, I’m very simple but then at the same time I like to make a statement with a print or a colour.

When I am designing I want each piece to be a little bit of me on someone else, you can tell they are wearing Amalina Aman and I want them to feel that, each collection I do always has a story behind it. And I want the wearer to feel the story about my culture, where I grew up or about something else that inspired me like travel or meeting new people.

Amalina: I would love to be the first Australian Muslim designer to be on the Mercedes Benz Fashion Week. That’s my goal. I know it’s going to be a lot of work and a lot of tears and sweat to get there, but I will be there.