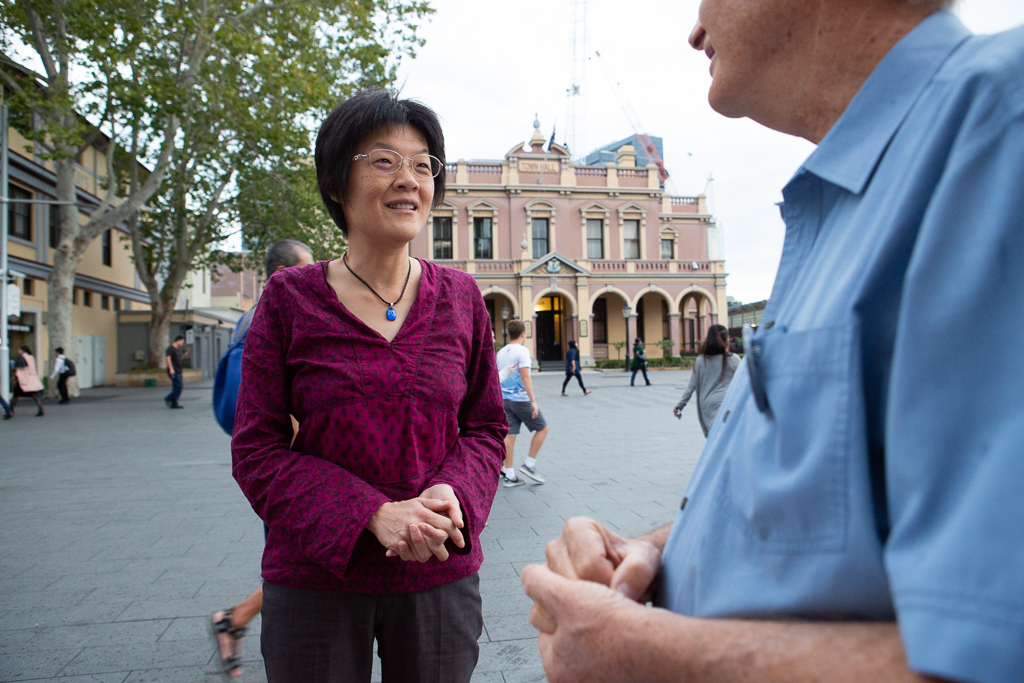 I normally avoid people trying to talk to me on the street usually they are trying to sell something; or make me feel guilty enough about something that I sign up to a have an amount deducted from my bank account each month to make that guilt disappear.

A couple of weeks ago I found myself in Parramatta’s Centenary Square with a little bit of time to kill, so thought I would have a chat with the woman standing in front of a sign reading Welcome Asylum Seekers, People Just Like Us. I steadied myself for the conversation which I was sure was going to end with me leaving my (accidentally misspelt) email address and making up an appointment that I really had to get to, however things went a little differently than I had expected. The woman I chatted to was Joyce Fu who was very inviting with a lovely smile. She didn’t have a well scripted story to tell me, just a warm invitation to learn more about her advocacy group People Just Like Us, who try to address the crisis of cruelty faced by people seeking asylum in Australia. The group, along with wanting the government to take action on its refugee policy, aims for Australians to see that asylum seekers and refugees are people. Just like us. 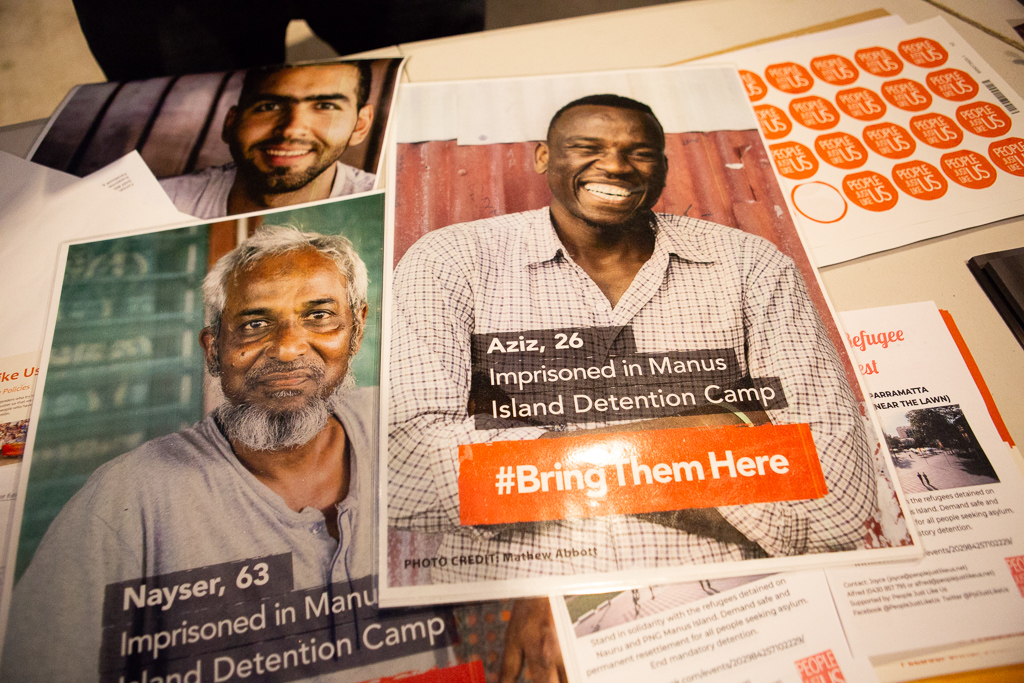 The way we treat the most vulnerable people in the society does reflect what kind of people we really are.

The Westies: Why did you start the People Just Like Us (PJLU) group?

Joyce: A group of us met in late 2014, we were all very shocked and angry about the way the refugees and asylum seekers were treated by our government. We were passionate and we wanted to bring in more creative elements for engaging the general public in the discussion about the treatment of asylum seekers. After several discussions in early 2015, we designed the orange color banner “Welcome Asylum Seekers, People Just Like Us”. We encourage people to buy the banner and hang it up to get the message across. In total, we have sold 100 across Australia. In March 2015, we started the FB page, then Twitter, later the website. PJLU was incorporated in 2016.

The Westies: What type of activities does PJLU do?

Joyce: In 2015 and 2016, we ran several series of Refugee Talks where refugees and former refugees share their life stories, called “Change heart to change mind, and policy” across Sydney, mainly in the City, Kings Cross and Parramatta. We showed refugee related films and held art performances (music and dance). At those events, we also served culture specific food for participants to taste.

In 2016, we organised artists to draw deceased refugees and held a remembrance ceremony WE REMEMBER YOU: Memorial Contingent for Palm Sunday Rally (walking from Malcolm Turnbull’s office to the Central Station). We also organised community events, talks & films, plus a rally. Last year, together with the City Of Sydney, we launched the Welcome Tree at Customs House. The tree was a place where Sydneysiders could leave a note of welcome for refugees. We want to show our government that Australians want them here, refugees deserve the change to put their own roots down instead of being held in limbo.

We have also developed Pledge for a Just Refugee Policy as our refugee policy campaign platform. The policy is a five point plan, providing positive solutions for people seeking asylum.

The five points are: 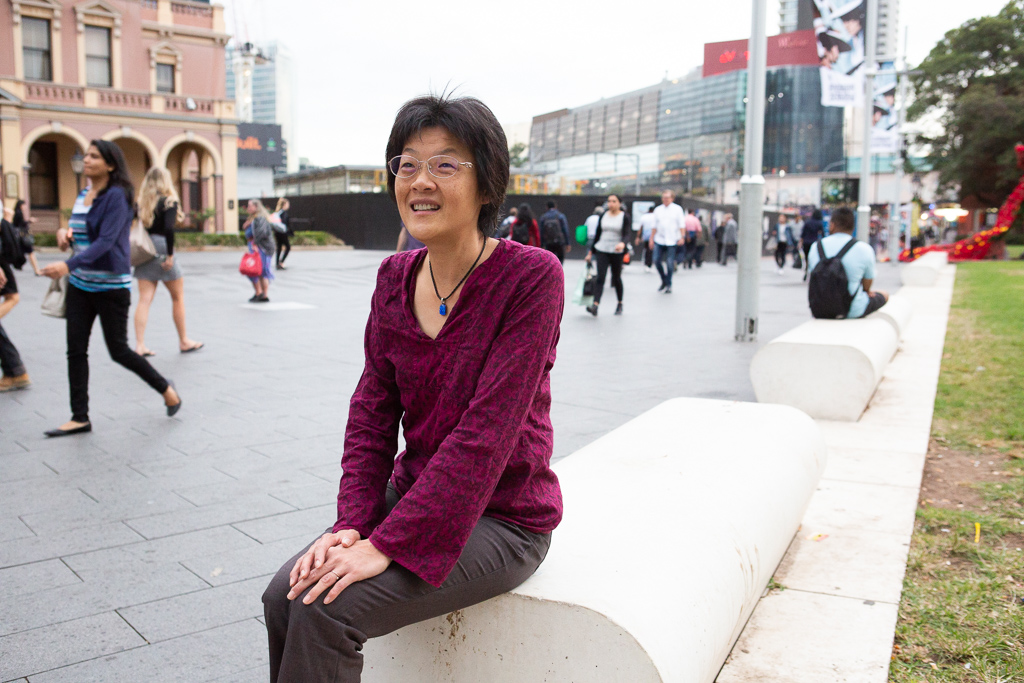 People that come in their 20’s and 30’s and ever older still have a lot they can contribute to our society.

The Westies: What would you like to achieve with PJLU?

Joyce: We would like to see Australia become more welcoming towards people seeking protection on our doorstep. As a country, we shouldn’t discriminate against anyone because of their religion, their skin colour, nor by the ways they arrive (e.g. by boats).

Offshore detention centres, Manus Island and Nauru, should be permanently closed and never be opened again. Those detained there should be brought to Australia or to a third-party country which can provide safety, such as New Zealand and Canada. The New Zealand government has offered to take 150 refugees every year but the Australian government has rejected the offer.

The Westies: Did the government give a reason for that?

Joyce: Yes, Malcolm Turnbull said “Settlement in a country like New Zealand would be used by the people smugglers as a marketing opportunity.”  It’s just ridiculous!

Australia should be a role model in terms of helping refugees in the region, such as actively rescuing those boats packed with asylum seekers, not turning them back, or detaining them. Seeking asylum is not a crime, it is human right. 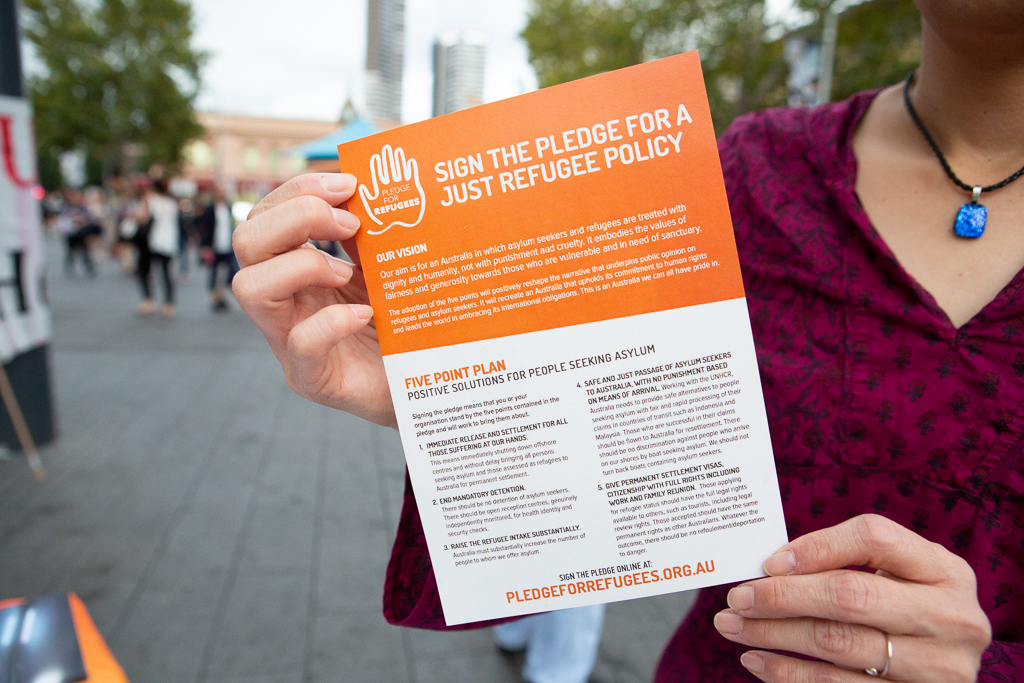 The whole project is really not about them, the refugees, it is actually about us, our value as humans.

The Westies: What do you think is the most common misconception about refugees?

Joyce: People think refugees come here to get benefits from Centrelink. This is total misconception. Every single asylum seeker or refugee we have met or have worked with wants to work and works harder than anyone else we know. They want to support themselves and their families. They want to contribute to society. They are grateful to Australians’ generosity and they want to pay it back. The last thing they want is to live on Centrelink benefits.

For example one former refugee who now works as a real estate agent and has just bought a house near Blacktown. He educated himself to understand all the laws, he fought his own case in the supreme court – he is a very smart man. He is paying much more tax than me! Why can’t Australia see the benefits these people bring?

The Westies: What have you gained personally from the project?

Joyce:  I have met many wonderful human beings since I started this journey, campaigning for refugee rights. The whole project is really not about them, the refugees, it is actually about us, our value as humans. The way we treat the most vulnerable people in the society does reflect what kind of people we really are. This project makes my life worth-living and makes me a better person too.

26 April 2018/ by Katrina James/ in Westies at Play/ Comments Off on Joyce Fu – People Just Like Us
Peter Curnovic - Beatdisc Records
Maya Brasnovic - Made:Here
Looks like you are interested in The Westies