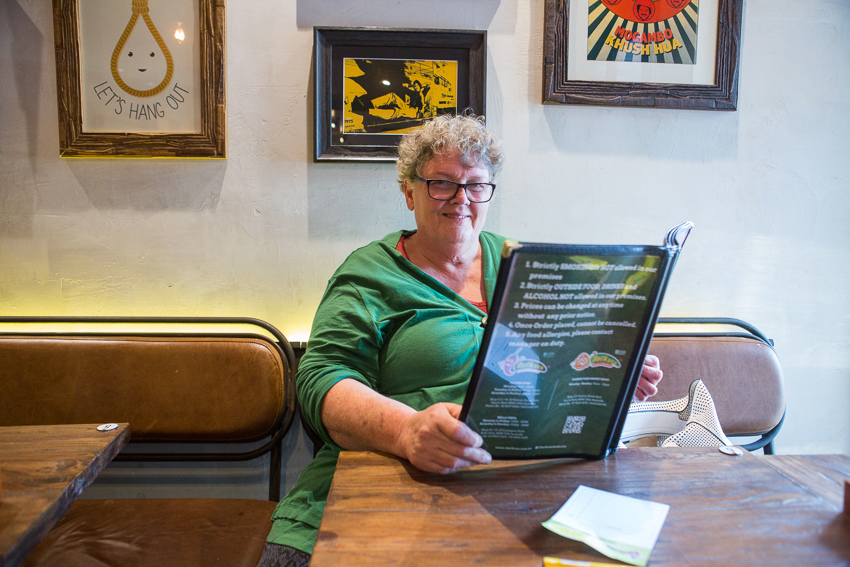 Lesley Unsworth left her Northern England home for a holiday in Australia in 1981 and simply never returned home. After many years working in community building in Bonnyrigg – which she claims as her spiritual home, she now runs Taste Cultural Food Tours, one of the best ways to experience Western Sydney by discovering new suburbs through the most simple of life’s pleasures: food. Taste is no ordinary tour company – the guides pride themselves on their extensive local knowledge and connections with shop owners that will get to a behind the scenes look at some of Sydney’s most vibrant communities. Taste is not only a tour company, as a social enterprise they provide training for newly arrived Australians, refugees and youth, giving them a pathway into work in Australia . By providing them with a chance to build their confidence and skills in tour guiding, they learn skills that are transferable to many parts of their lives. I sat down with Lesley over a (few) plate(s) of food to chat about how she became involved in Taste and her affinity for Western Sydney.

The Westies: You grew up in Northern England, what brought you to Western Sydney?

Lesley: I came here for a holiday in 1981 and never left. Originally horses brought me to the Hawkesbury. I bred horses for 10 years, then I was teaching at TAFE in Granville and the Blue Mountains and I made the wrong decision and moved to the Blue Mountains. 3 years on I realised it wasn’t the right move.

The Westies: Why didn’t it work?

Lesley: I got a job at Fairfield Council, so the travel was part of it, and I am too much of a foodie and the food isn’t great there, so I decided to move to Granville which, I was already quite fond of from working there. I love Granville, I love my little house, I love the street I live on, it’s the best!

The Westies: What was it that you were growing so fond of in Western Sydney?

Lesley: It’s the diversity. One of our tour guides is a young student who speaks 11 languages! He is a food, language and culture genius you go anywhere with him and he greets people in their own languages, he’s such a genius and only 22. Another guide is only 18 and his background is Chinese, Cambodian and Vietnamese in his house there are four or five languages spoken. The kids share their own secret language and his parents talk to each other in Cambodian when they don’t want the kids to know what they are talking about.  Those two boys are not unusual to find in Western Sydney, everyone is a least bi-lingual – except the Anglo Saxon’s but we’re part of the fabric too.

The Westies: What can people expect on a tour?

Lesley: Food, fun, stories, history…a shared experience.  The tours are curated to show some of the best in the area.  It’s an immersion in new community for a day. The tours help to build connections across cultures and communities using food as the starting point. Each one is different, but we hope that they all have the same welcome, generosity and fun.

The Westies: Taste is about more than just tours, you are actually providing a pathway to work for newly arrived Australians in many cases. Can you tell me about the social enterprise arm of the business?

Lesley: Taste started as being about connection across culture in the original project.  We now have a focus on training and employment for new migrants, refugees and young people from Western Sydney.  Taste is a charity now too. 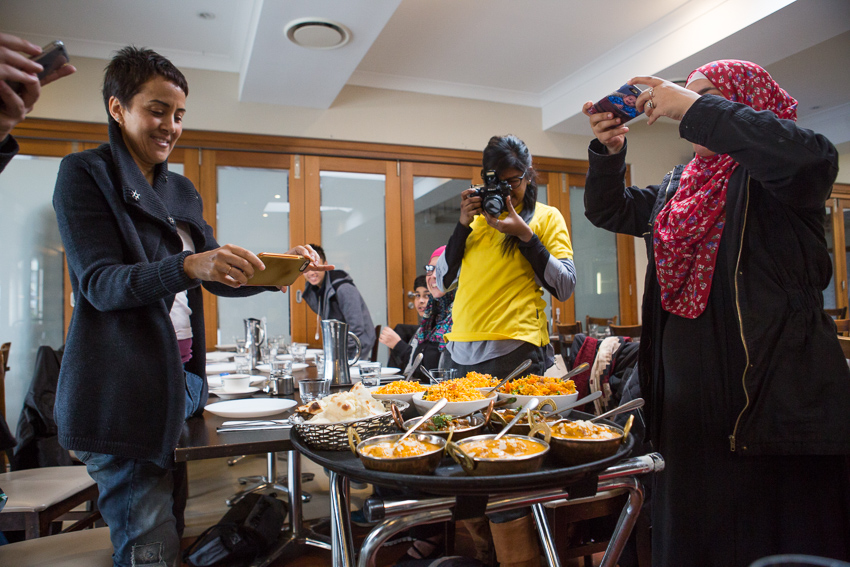 The Westies: What is it about food that you love so much?

Lesley: What is there to not love about food! It tastes great! I have Unsworth genes – which means I love food + have a low metabolism and short legs!

When you share a meal you learn a lot about people.  Food tells you about culture, geography, manners, faith… all sorts of things. It’s an easy way to make friends, and it’s often the first thing that new migrants offer to their new nation.

The Westies: Do you have story you can share of someone who has really benefited from being part of Taste?

Lesley: Oh, so many!  Ludwig got back into acting; Yamane made a film to get her through her cultural community development course; Lesley took over Taste to honour her folks, and what they taught her; Parastoo, a 21 year old refugee and new mum, new WSU student just got us our 200th review on TripAdvisor on her first lead; Latife gets to avoid being an engineer to make her living; Sahar opened a catering business…the list goes on. We have the flexibility to support what it is people want from being involved AND have 1600 people a year that are learning about their new neighbours.

Taste Tours currently run in Fairfield, Merrylands, Cabramatta, Lakemba, Greenacre, Bankstown and now in Harris Park, we highly recommend taking one! The tours unlock a new world even if you’ve been to an area before you are in for a real treat. Book now via Taste’s website. Oh and they do gift vouchers – that’s your last minute father’s day gift sorted.