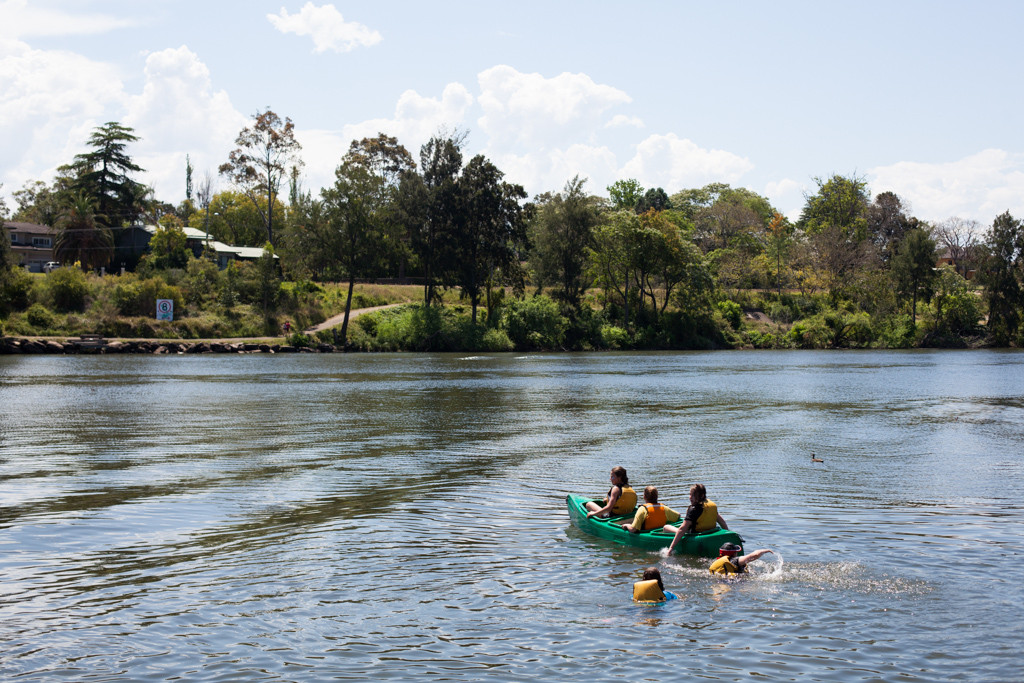 Today we have a guest post from Kim who runs the blog Living Next Door to Sydney. Kim was recently part of the Penrith Community Panel are a group of diverse residents who spent hours looking at Council’s plans, finances, services and capacity, with the aim of advising council on where they can go from here. The panel presented council with a 32 page document titled “The City We Want” Kim gives us an insider look on the process it took to get there.

Most people have an opinion on, well, most things. Some people choose to express that opinion whilst others are much more comfortable keeping it to themselves.

I guess for me I’ve gotten to a stage in my life where I have heard alot of talk. I have heard a lot of peoples opinions on a lot of different things. I have given my opinion on possibly too many things, but until my blog, I haven’t really been one to do anything about it.

And then it came….

An invitation in the mail, a small chance to be part of something that may make a difference. A role on Penrith City Councils Community Panel. Surely we’ve all thought about it? What we would build? What we would change? What we would say if we ran the world, ok not the world but have you ever had a conversation that started with

You get the idea….

We were a diverse group. The community panel and myself. That was the first thing I noticed as we all took seats around the grouped tables. We had all been chosen for different reasons yet we were all here for the same reason.

To create a democracy…..

To make recommendations to Penrith City Council on what services and infrastructure we felt the city of Penrith needed and to advise how it was going to be paid for. So, led by facilitators from The New Democracy Foundation we did just that.

Of course we all had different ideas. Some people live in Penrith for what it has been and like it that way, others live here for what they see it to be and are eager for change.

It would have been quite easy to create allies. To align yourself with people in the room who had similar views and look to take a majority rules approach.

We were encouraged, frequently, to change seats, to move tables, to introduce ourselves to new people. Get to know their stories, their opinions and what their priorities were.

And so that’s exactly what we did.

Yes personalities stood out. Not everyone was comfortable raising their opinion in the room, some preferred to be heard via our online forum that we would use to keep in contact and up to date in between meetings.

I’d like to be able to tell you that we argued, we debated and things got heated, but they didn’t. When we couldn’t reach a verdict on a particular topic the facilitator simply parked the issue. We returned to it at a later time with fresh eyes and reached a decision.

Citizens can be active members in the political decision making process. The peoples jury of Penrith have voted!

We started with the basics….

What the council can control. There are a lot of infrastructure issues that are actually managed by the State Government. Mulgoa Road for example is the bain of every Penrith drivers existence, it is also a state road. Although not directly within the councils legislation we chose to encourage the council to advocate for issues governed by state such as these. For us, “it’s a state issue” was never going to be a final answer.

We invited councillors and council staff to join us then questioned them for information. We were told we could have access to most things we required and anything they didn’t have they would get.

We lugged folders full of information to every meeting.

We read submissions from the public.

We stuck dots on maps to identify key areas.

We wrote on A4 paper.

We wrote on butcher paper.

We asked for more documents.

Basically if it had been written we read it and if it was worth discussing we discussed it.

We developed a criteria for which recommendations had to meet to be considered for part of our submission. We created categories into which each recommendation would fall under. We then prioritised these recommendations, suggested a service level and set a time frame.

Six full Saturday’s over the course of 4 months and we had finally pieced together a 37 page document that we feel is a true reflection of “The city we want.

Our finished proposal has now been presented to Council. What Council choose to do with it from there is up to them. We believe it shows that citizens can be active members in the political decision making process. The peoples jury of Penrith have voted and I am grateful to have had the opportunity to have been part of it.

You can “The City We Want” document here PenrithCommunityPanel-FinalReport leave us a comment telling us if you think we got it right and what you would add, all change starts with a conversation.