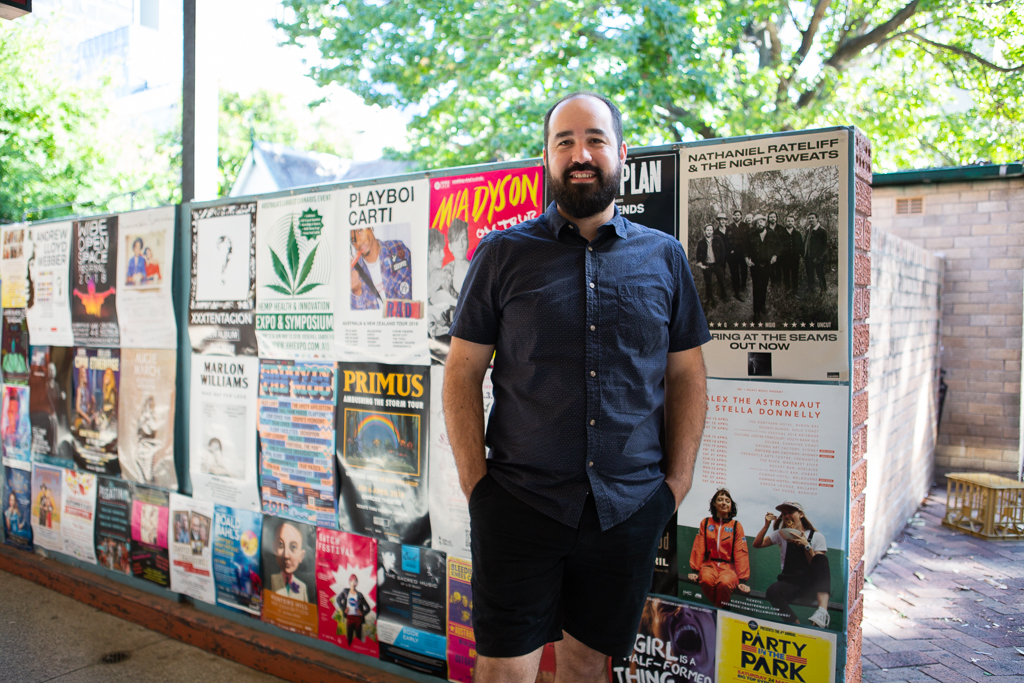 Surviving as a small business is tough. Surviving as an independent record store is close to impossible. Running that business for over twenty three years is nothing short of a miracle.

Peter Curnovic has been working at Beatdisc Records for over twenty three years and has just celebrated 10 years as owner. When you consider more than 60% of small businesses shut their doors within three years of opening and 80% in the first five, then add into the mix that Beatdisc Records is located in an area with no dedicated live music venues in an arcade that you are likely to never stumble across without some good directions, as far a statistics go you have a bit of a problem on your hands .

Chatting with Pete, it became clear that his passion for music and community are the well laid foundations that have kept him in a business that not only survives but thrives. Beatdisc is an institution that deserves to be celebrated at every turn. First, read the interview, then pay yourself a visit to the shop in Parramatta – directions are below. This is one well kept secret that we need to start shouting from the rooftops. 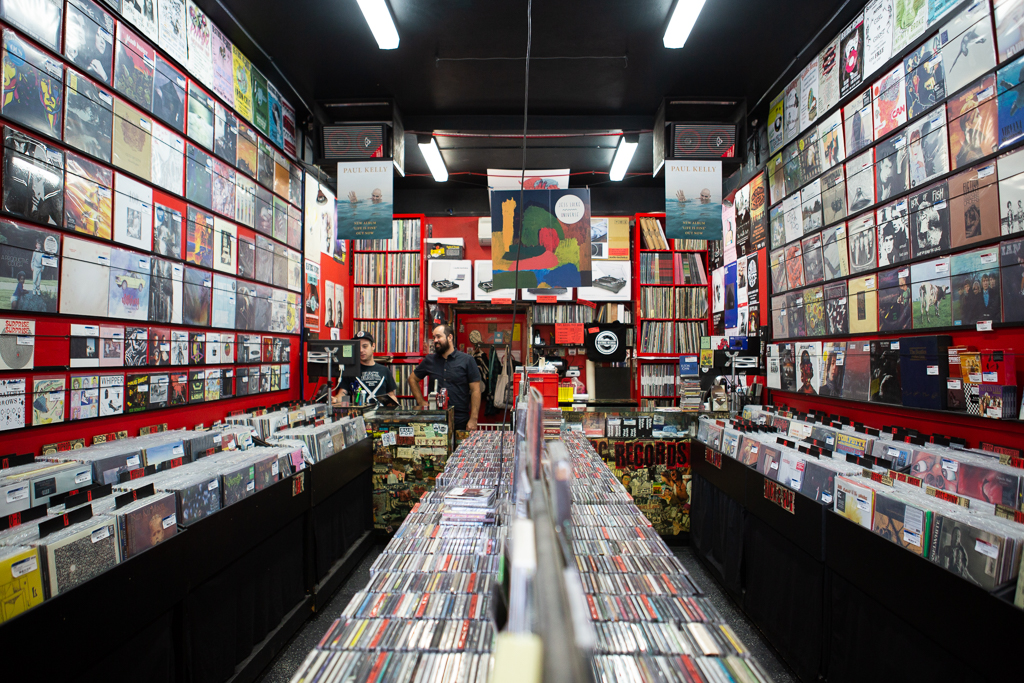 I feel a responsibility to people to keep doing this as long as I can as.

The Westies: First up, congrats! The fact that you are working in a record store is amazing, let alone that it’s been open for how many years?

The Westies: WOW that’s crazy. That has to be the equivalent of a record store unicorn?

Pete: Yes, absolutely we stuck through the tough years, and are still going.

The Westies: Have you been involved from the start?

Pete: Not right from the beginning. A guy called Vic opened the shop in ’95, I discovered it in about ’98, and then begged him to hire me. He did and I started doing some part-time in ’99, then progressively got more responsibility over that time. When I left high-school he gave me a full-time job. I bought the business from him in 2008 and I’ve just had my ten-year anniversary.

The Westies: What is that, that has kept you going for all that time?

Pete: Since I took over, it’s really turned into a community hub, and that’s what record stores should be. They’re not just places where you can buy and listen to music, it’s all about the people you meet, and the friendships you make. 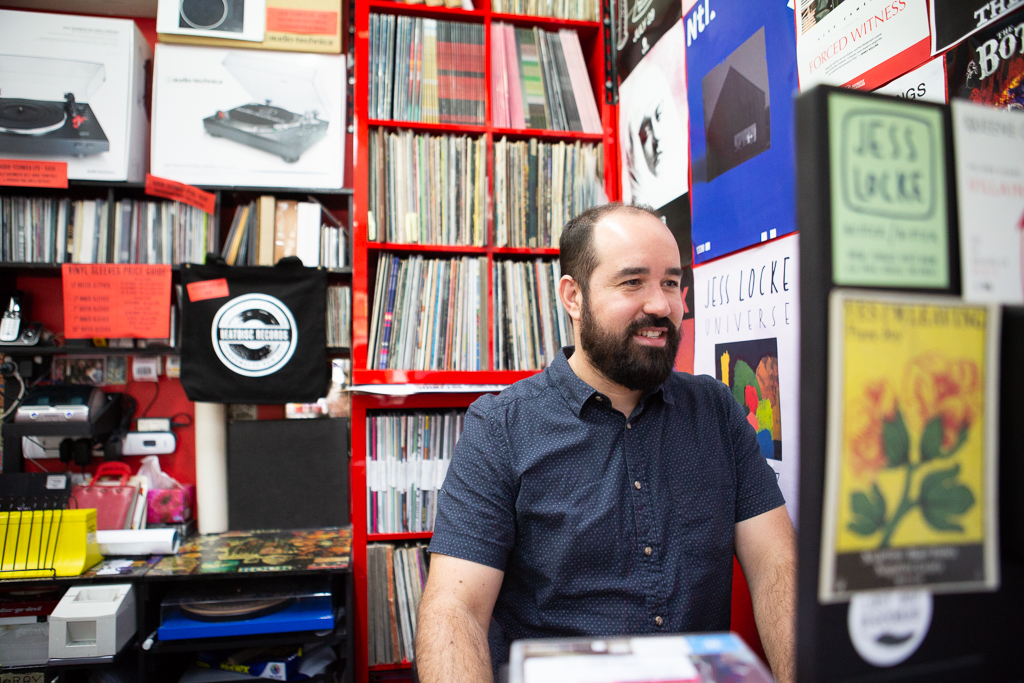 ..The shows are to put some culture in the city. I want it, everyone else wants it, and I think it’s very important.

The Westies: Are you actively creating ways for community to be involved, or does that just happen?

Pete: I would say I do actively try and engage with the community. We do a lot of shows, if a band asks, or if a great album is being  released, we just send them a message and say, “Want to come play?” Because of the space of Beatdisc [Thirty square meters which is roughly the size of a large bedroom], we can’t book huge bands. We’re very limited in that sense, limited to the type of band, but a lot of bands are happy to play a show for that small amount of people.

Everyone that helps Beatdisc put on shows, are all volunteers. None of us get paid. We take a small entrance fee, but all that money just goes back into the band and buying dinner. The shows are to put some culture in the city. I want it, everyone else wants it, and I think it’s very important.

There are no music venues in Parramatta, which is just criminal, it’s terrible. It’s such a big population out here, and as good as our shows are, they are tiny. There needs to be someone with a one or two hundred capacity venue. Bands want to play out here, but there’s just no way to.

The Westies: Parramatta Council seem to be invested in helping grow live music here, Live and Local is happening again soon have you been involved in that?

Pete: Yeah, the Council has employed a Live Music Director which is cool. Steve Griffiths kicked off Live and Local in February last year. Aaron Curnow [the current Parramatta Council Live Music Director], runs Spunk Records, and has promoted and toured so many bands. He’s heading up the the next Live and Local, which is on April 14th. Beatdisc is curating a stage at the Albion Hotel, it’s going to be hip-hop inside, and then the Beatdisc Stage outside with heavier bands and indie bands.

It’s really exciting, and great that the Council wants to put on. They can see merit in live music and so they should. 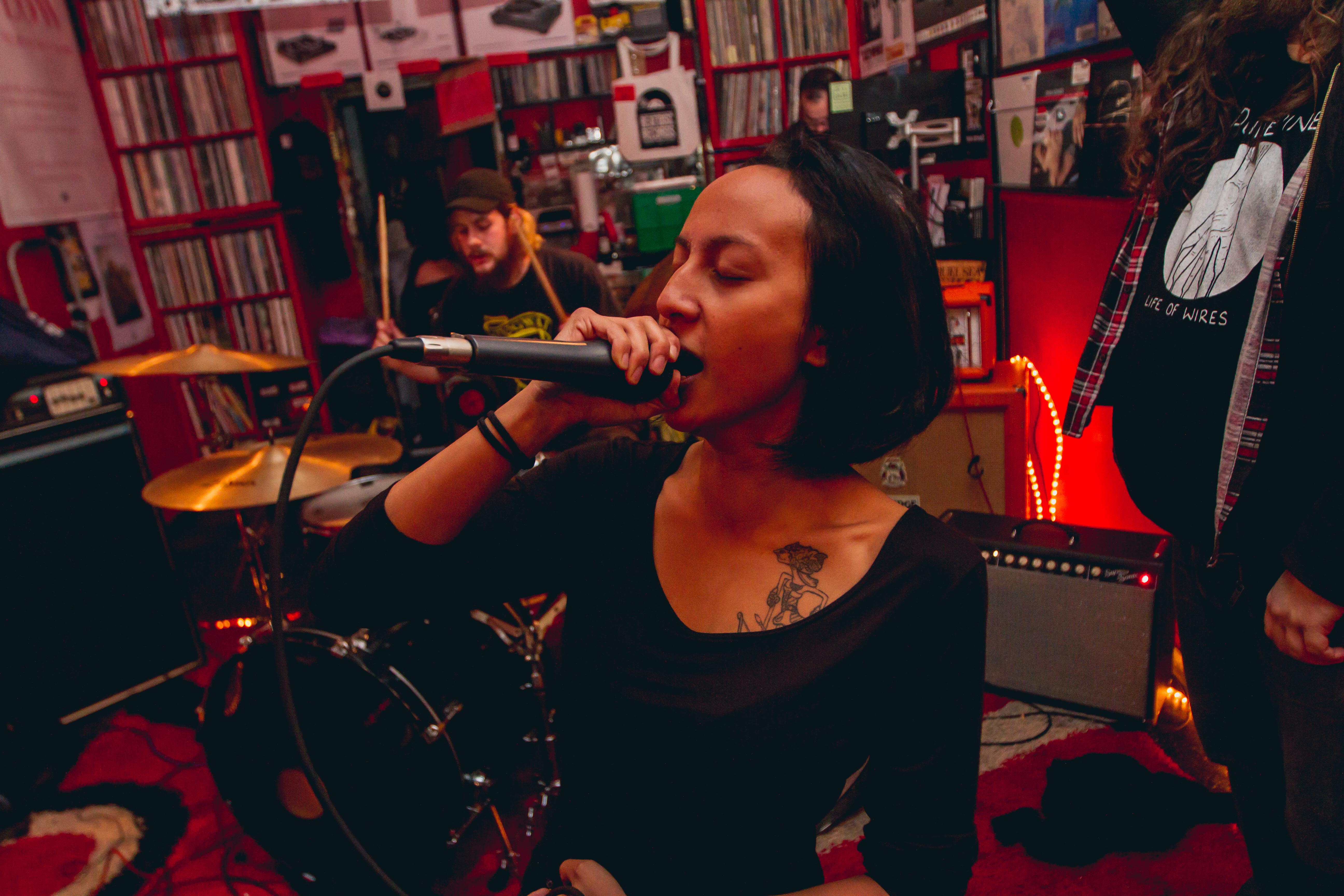 ..that’s what makes Beatdisc so great, it’s not just a punk and metal shop. It’s almost anything. And we don’t have it, we will always try and get it.

The Westies: What has ten years as a business owner taught you on a personal level?

Pete: I don’t know. That I’m doing the right thing?  That I’m providing a service that people want and in a safe space. We are not discriminatory to anybody. I like to keep Beatdisc a safe space, and I think that’s why a lot of people love coming to shows and the shop.

The Westies: And who are the customers that are coming into Beatdisc?

Pete: With Parramatta being such a huge CBD, you’ve got a lot of office workers, so it’s everyone from baby-boomers to teenagers and school kids. In fact, since the vinyl revival, we’re seeing more and more school kids come back. In the mid-2000s, when Apple Music and digital music really took off – those were the dark days, and business was a bit sketchy. For years and years after that we just never saw any school kids, because it was all on their phones. But now they can see the tangibility of someone’s blood, sweat and tears going into a recording, and I think they really get something out of it now.

The Westies: Were you ever tempted to go to start selling digital?

Pete: I bought the business in 2008, which was the middle of the GFC. I look back now and think “What the hell?” But we pulled through somehow. The mid-2000s, three-four-five, that’s when it was bad, we just didn’t buy as much at that time so we could just afford to stay afloat. We were never tempted to do digital, we are all very passionate about physical products, and vinyl especially. It is just beautiful. I think the longevity of Beatdisc pulled us through.

The Westies: Have you ever thought of moving?

Pete: The shop? No! Beatdisc is all about Parramatta, Western Sydney, absolutely.

The Westies: What keeps you here?

Pete: I think the longevity of how long Beatdisc has been here, it needs to exist in Parramatta.

The Westies: That’s great to hear. And what about the future?

Pete: Well, I can feel that our building is going to get knocked down eventually, I’m just keep on running it [Beatdisc], until I can’t. If we get the opportunity and it’s the right time, and I find the right space, it’d be amazing to do something even bigger. I’d love to have a permanent venue. It would be another awesome milestone, not just in Beatdisc’s books, but for Parramatta.

Click here for directions to Beatdisc, tell ‘em The Westies sent you.

5 April 2018/ by Katrina James/ in Westies at Play, Westies at Work/ Comments Off on Peter Curnovic – Beatdisc Records