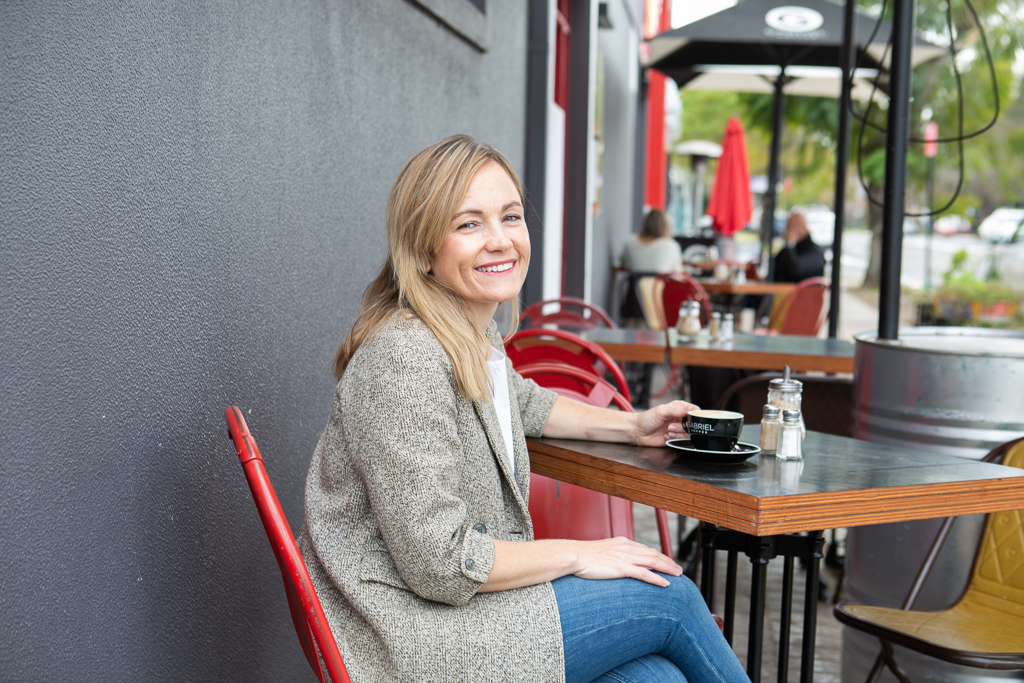 Rebecca O’Hearn worked for many years on some on Australia’s best known magazines including FHM and Womens Day, with the publishing industry going mostly online Rebecca saw a gaping hole in the market and has started a blog – Smart. Casual. Classic. – which provides styling advice to women 45 and over. This is a demographic that is often overlooked, and yet is one of the fastest growing groups in the country – after working for many decades and now having adult children who are no longer dependent on them, these women have a bit of extra cash and most importantly, time to look after themselves.

Rebecca grew up in the West and now lives and runs her business in Parramatta. When she sent me a message prior to our chat, she started with “I love what you’re doing. I grew up in Toongabbie and am really excited to see the West being celebrated ” and so we instantly jumped at the chance to chat with someone who loves the place as much as we do. 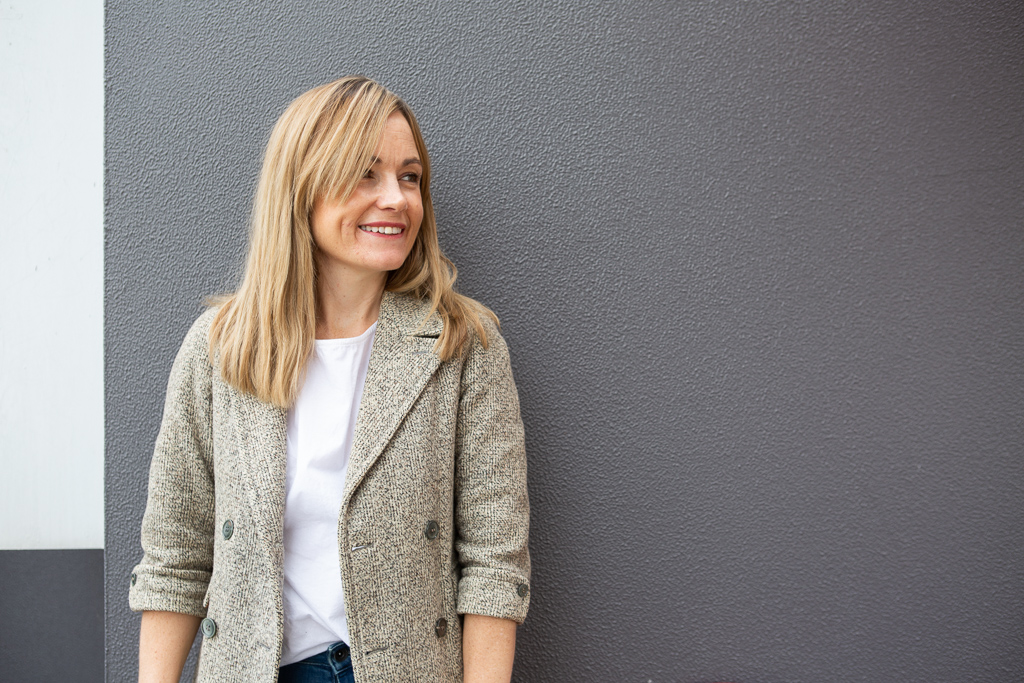 …..realising that people who were dismissive of the West probably didn’t ever come here

The Westies:  You’ve had a career working in publishing at some pretty well known magazines including FHM, Womens Day and Yours, let’s go back a little bit first. You grew up in Western Sydney and currently you live in Parramatta – have you always been in the West?

Rebecca:  I grew up in Toongabbie. Mum and Dad are still in the same house. After I finished school I did my stint overseas, did the London thing like lots of Aussies. You think you’ll never miss home but I did, I had to go away to realise it. After London I lived around Sydney – Paddington, Stanmore, Glebe, where people, myself included would joke “Oh, you’ve got to have a passport to go  back home,” those sorts of stupid things. I never lied or anything about where I was from, but would choose who I brought it up to. But now, it’s the total opposite. I’m in people’s faces about. I’m really excited about what’s happening in the West.

The Westies:  I had a really similar experience, I was living in Germany and chatting to a friend one day when I caught myself saying [about Germany] “the coffee is terrible, the food is bland, the weather sucks and I have no family around me!” It was then I knew it was time to come home. What was the turning point for you?

Rebecca: Just age, being more mature and realising that people who were dismissive of the West probably didn’t ever come here, for starters and secondly, they were missing out.

The Westies: I agree, I had an awesome childhood, lots of space, freedom and a wonderful community around me. What was it like growing up for you?

Rebecca: Picture perfect. Childhood was “Come home when the streetlights were on,” we were out all day. I had an older sister and older brother. There were a heap of  neighbourhood kids and so it was a pack of us. We swam on the golf course when it flooded, played cricket on the street. It was just fantastic. 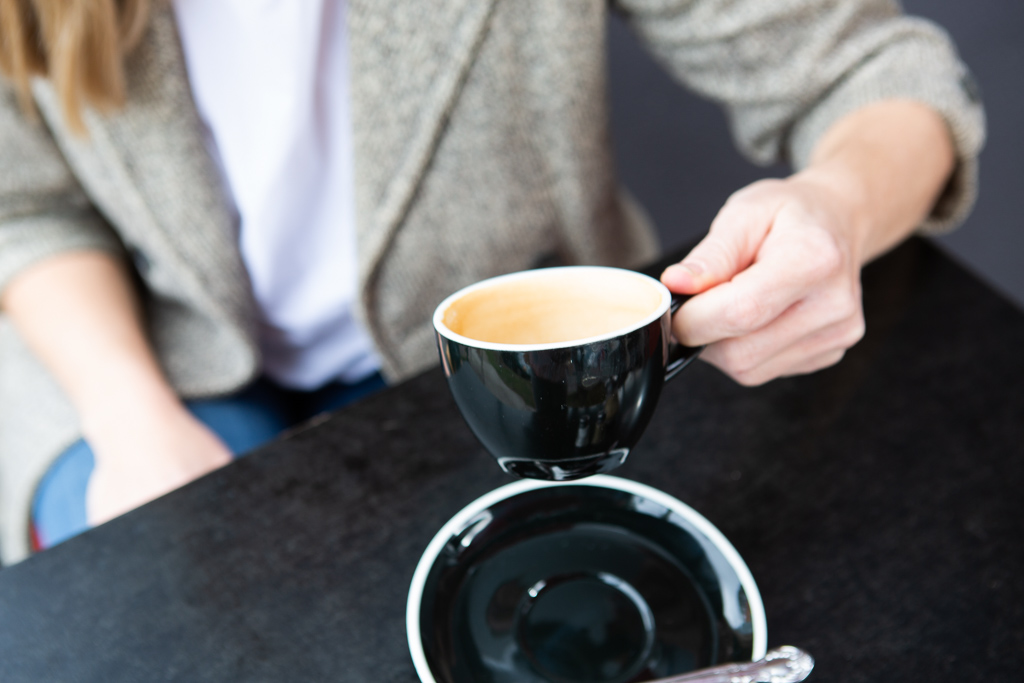 I really liked working with the older demographic – it wasn’t competitive or about fast fashion, it was just about trying to feel good.

The Westies: You went over to London, worked for a couple of years there and then came back to Sydney. How did you get your start in the publishing industry?

Rebecca: A friend of mine worked at a publishing company, and they needed someone for two weeks to work on Smash Hits. I was such a massive fan of the magazine when I was younger so I jumped at the chance. And then, they said   “we are looking for someone full time for reception.” From there I worked my way into different clerical positions — then moved into editorial at FHM, and ended up being in FHM for seven years. I was editorial assistant when I started and ended up being Fashion & Grooming Editor there, that was a lot of fun. I left to have my first bub and when I came back FHM had closed so I went to Women’s Day.  That was a bit of a jump to older women from young men. And the shift from monthly to weekly was insane. And then Yours Magazine which was aimed at women who were 50+ was launched and I worked across that as Fashion Editor as well.

The Westies:   You have recently launched your own blog called; Smart. Casual. Classic. In which you provide style advice to women over 45, which is a little over your age group. What made you want to cater to that demographic?

Rebecca: When I worked on Yours Magazine I just loved it, it was so positive. I really liked working with the older demographic – it wasn’t competitive or about fast fashion, it was just about trying to feel good. It’s a really great age, the kids are getting older and women are starting to look back at themselves again. I wanted to make women feel heard and feel good about themselves again. It’s amazing how what goes on externally can affect how you feel internally – the best dress won’t make you feel great all the time, but it sure can help! 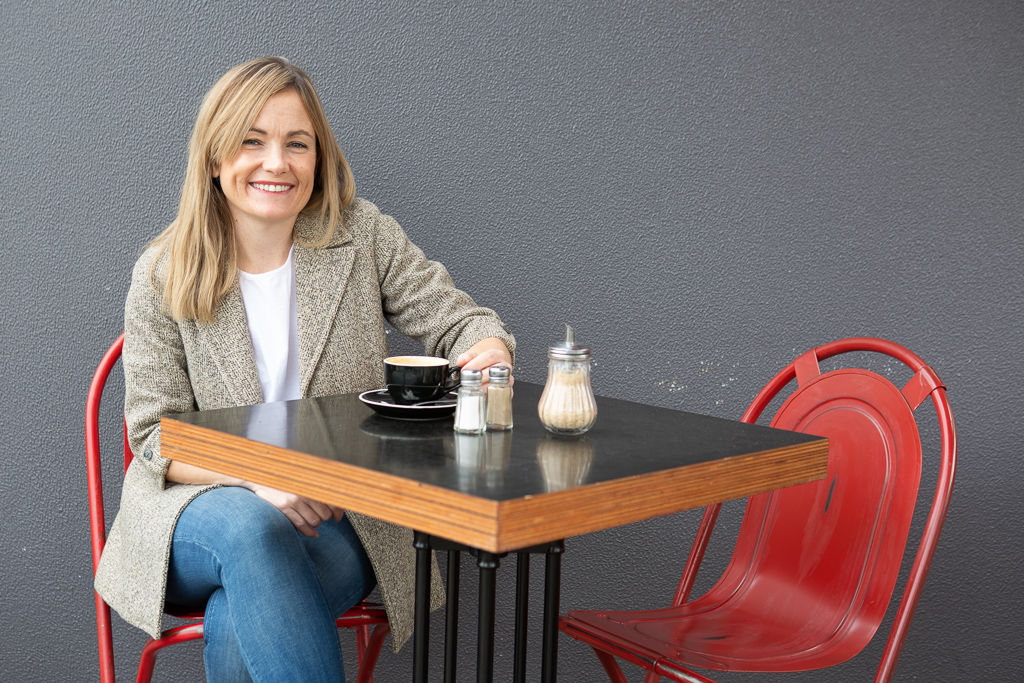 You need to trust yourself.

The Westies: I love big earrings and wearing lots of colour and prints, and people often say to me, “Oh, you’re so lucky you can wear that.” And I think, “I’m not lucky. I just put them on.”  What do you think the trick to wearing something well is?

Rebecca: Confidence. Coming from a styling background and working with models and non-models, if I put somebody in something that they really don’t feel good in, if they are uncomfortable, it shows up like crazy. It’s all confidence. Even from my days back in men’s wear, guys get really worried about what their mates will say. It all comes from the inside out.

The Westies: And how do people get more confidence in wearing something they’ve never worn before? How do you create that?

Rebecca:  I do a lot of street style posts, where I just go up to someone and say “you look great, and someone should tell you.” It was a really popular part of Yours Magazine so I really wanted to keep it up, it’s a great way to get style advice and tips just from looking at what other women have worn and what has worked for them. You need to trust yourself. You can get style inspiration from other people and think, “It worked for her, it can work for me.” And if you love it, it’s probably right!

The Westies: You’ve decided to make Parramatta your home, and are absolutely loving it. What do you think has been some of the gifts living here has given you?

Rebecca: The best thing I think are the events that the council put on. We go to Winterlight every single year and it’s really good.  Also the heritage of the place is really amazing. I’d take my firstborn for a walk and stop and go, “Oh my God, that cemetery was built in 1820.”

I also always think about the opportunities my kids will have as they grow up here. I’ve never worked in the West, the opportunities just weren’t there for me. Especially once I got into publishing. The idea that they will be inner city kids and be able to walk to work means they’re going to be pretty privileged. Actually, I had one editor tell me to shut up about Parramatta, I talk about it that much!