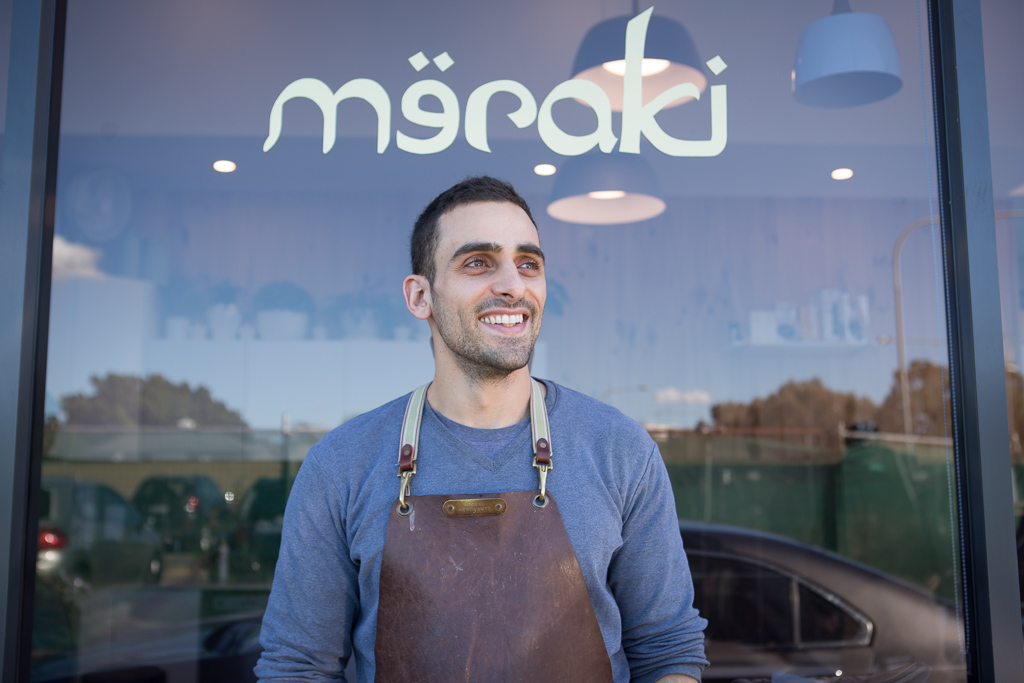 Meraki Merchants cafe has quickly become a favourite of The Westies, serving up Parramatta’s best coffee – yep, we called it-  and good quality simple food that never disappoints. Owner, cook and barista Toufick Chami is constantly experimenting and developing new additions to the menu, proving space is not something you need to make a delicious meal. In this small cafe a strong sense of wonder, a cup of ambition and a serving of friendly hospitality are the ingredients that make for a great cafe experience – that and the cakes (home baked by Toufick’s mum – YUM!) 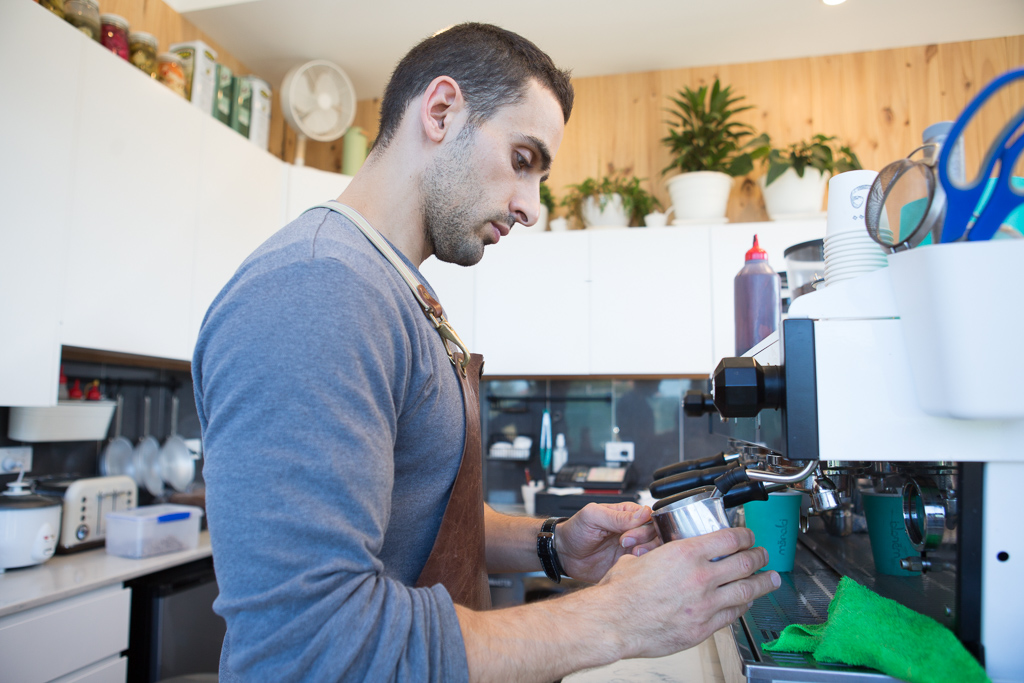 The Westies: Tell me where you started? Have you always been in hospitality?

Toufick: No. I worked at Citi Bank for about five years, I got sick of it and I resigned. I had no money and I was like, “what am I supposed to do”? I thought to myself “What do I like?” – “I like coffee”. I had $120 in my bank account and I said, “You know what? I am going to book a Barista course”. So, I booked it, it was in the city somewhere up in Wynyard, and I went on a day course, jumped on a train, came back home. On the way home, there is a café next to my parents place and it said ‘Barista wanted’. So I walked in and said “I’m a Barista I’ve just done my course” and they said “Why don’t you start tomorrow?”

I ended up washing dishes for four months, I didn’t even get to go on a machine!

After that four months I was at a coffee competition and I got the opportunity to meet a guy named Sasa – who is a world barista champion and he owns one of the biggest roasteries in Canberra and we hit it off straight away. Sasa said “why don’t you come down for a drive to Canberra and check my roasterie out?” So, I did. He spent a whole day with me. Took me around his roasterie, I met all his barista’s, his staff members and I said look “If there is ever an opportunity, I would love to be part of your team and what you guys are doing”. He’s said “Are you okay with moving down to Canberra for a few months? I’m going to Serbia for three months, you can take the keys to my house.” I had no relation to the guy and he didn’t know me from a bar of soap. I went home to tell my Mum, she was like “What guy gives you the keys to his house when he is going overseas, it doesn’t make any sense you know?” So I told my Mum  “Honestly like he seems quite genuine I am going to take the opportunity.”

Initially it was for three months just to get some experience behind the machine and at his roasterie then head home. Instead, when Sasa got back I found myself my own accommodation in Canberra and I ended up staying there for two years. It was a great experience, I got to build a profile for myself. I became a head trainer at the roasting facility, it really built my knowledge and confidence up. 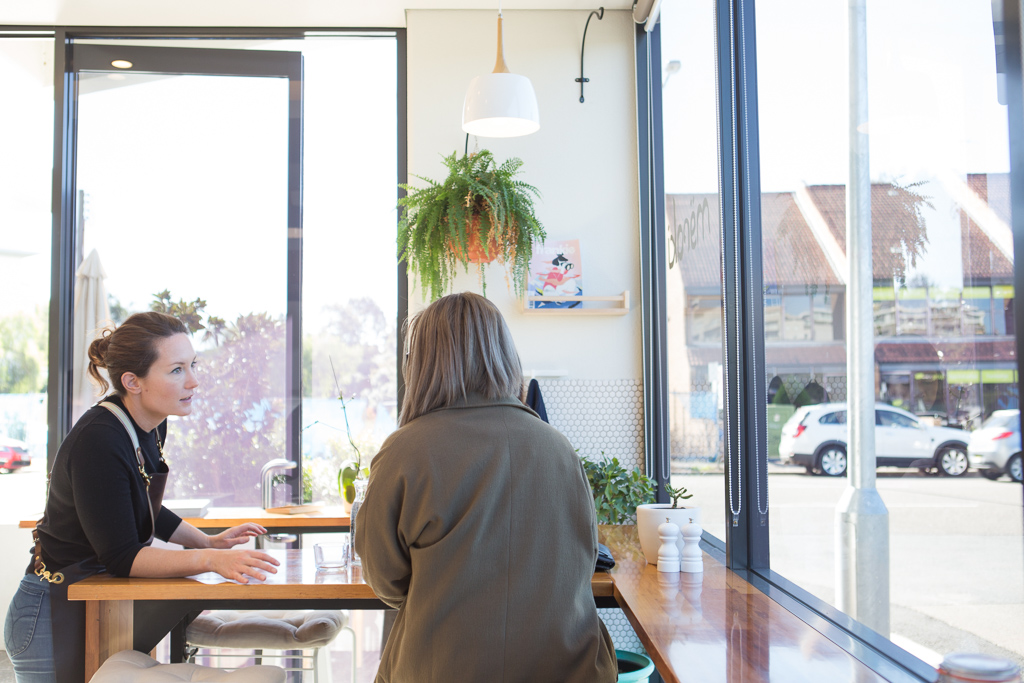 The Westies: What made you decide to leave Canberra?

Toufick: After two years being there I said to myself look I can’t just stay here forever, it’s not my home, it’s just a place I enjoy being but I’ve got to go back home, so I decided to move back to Sydney.

After being back a few years, I was working at Circaa and I approached Aykut the owner and said “Hey look I’m looking at a place, I want to open my little espresso bar.” He said “We will support you with whatever you need, we are here for you”.  That was really nice support to have.

My idea was to have a café with amazing coffee and some sweets, pastries. It didn’t turn out to be like that, it’s more food driven now. I didn’t anticipate it at all, so there’s been a lot of changes in the first five months, extra fridges, more toasters, more knives, more cutlery, more everything.

The Westies: You called the Café Meraki Merchants, does it have a meaning?

Toufick: – Meraki – basically means you put a bit of yourself in whatever you do, so a bit of passion, soul, creativity. I believe anyone from any profession, from a carpenter to a barista they always put a bit of themselves into something. That’s what we do here, we put a bit of ourselves in whatever we do, whether if it’s a cup of coffee or an item on the menu, it’s always made with a bit of us.

The Westies: What’s been the biggest challenge you’ve faced?

Toufick: Doubt. I think confidence in yourself and doubt definitely, it affects everything.

The Westies: What were you doubting?

Toufick: Just … am I able to do this like is this, can I run a shop … run my own shop? I think that confidence is a major factor definitely. The first two months, three months were really tough.

It takes time, like you know when your glove fits in your hand? It doesn’t fit straight away you have to make sure it’s right.

Well it’s exactly the same when you open a business. The first two, three months and that glove’s not fitting, you are a bit worried and you are like when is this going to happen, it’s not comfortable, it’s still a bit tight. Then eventually it just loosens up. I feel I’m at that stage now. 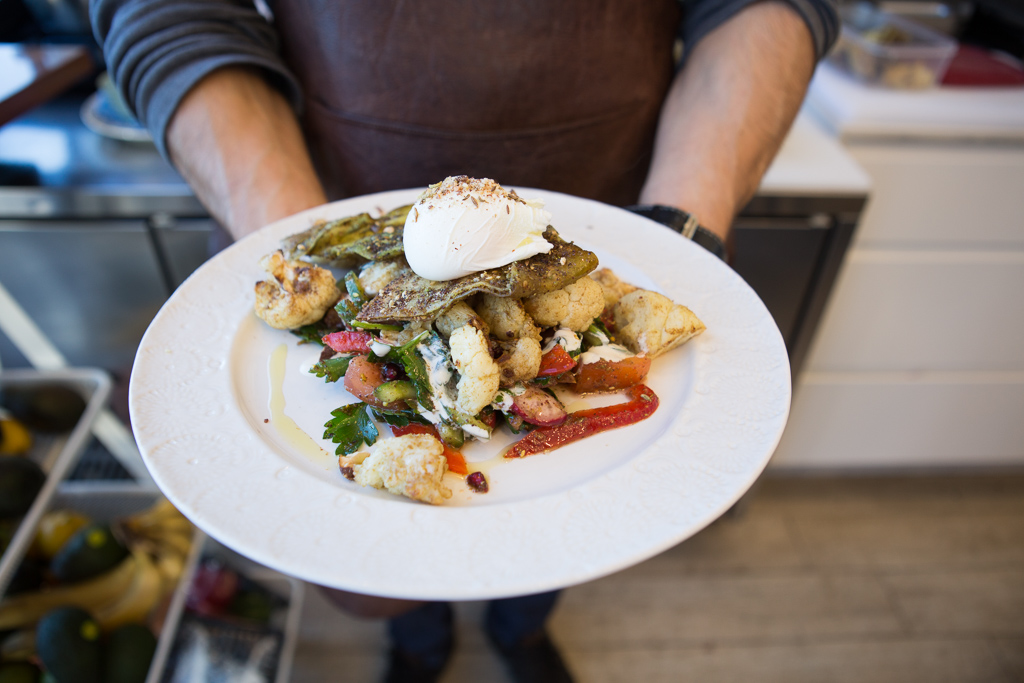 The Westies: What influence has Western Sydney has had on you?

Toufick: An amazing influence. I love where I live! I remember when I moved to Canberra people would ask “Where are you from?” When I said “Parramatta” they would say something like: “Parramatta? Isn’t that like the ghettos?” I’m like “No way”. So, one weekend I brought all my new friends from Canberra to Sydney.

I took them to Greenacre, Parramatta and Granville and they said to me “You know what, it feels like we are in a different country. The food is amazing, it’s so cheap and there are different languages being spoken here.”

“That’s it, it’s the beauty of where I live”. It’s equal. Everyone is the same. There is food from all different nationalities and everyone is at peace enjoying food, and enjoying a day out.

Parramatta has so much to offer, I wouldn’t live anywhere else.