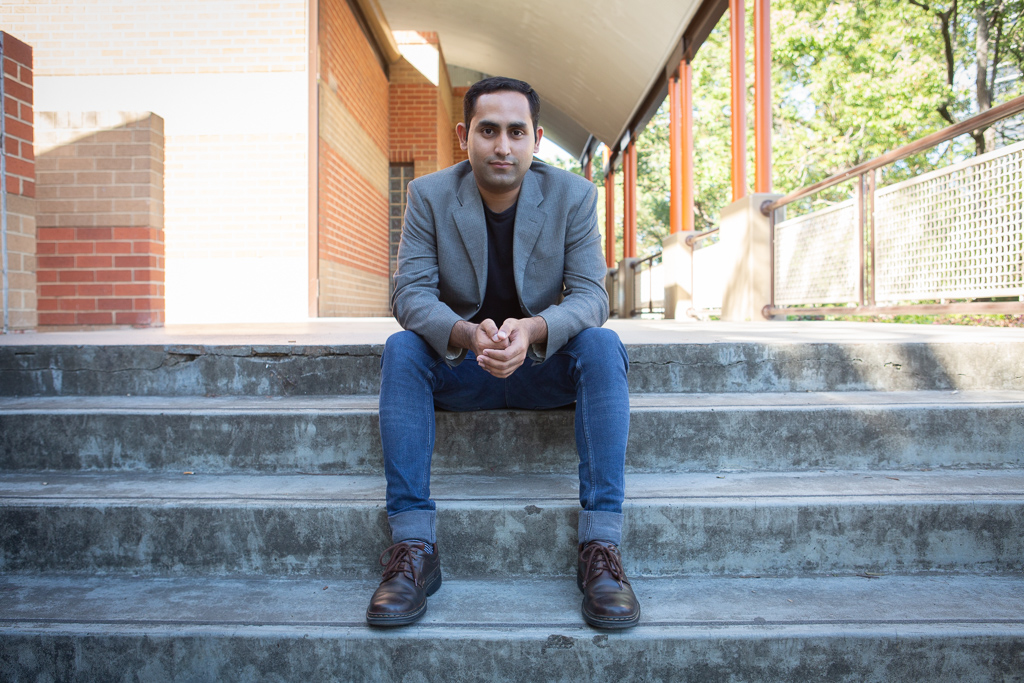 Not that many years ago, Usman Iftikhar migrated to Australia, completed his Masters in Engineering Management, graduating with honours. Despite a double degree and plenty of experience in his field, he was unable to find meaningful work and his dream of a better life started to fade with every can he stacked on a supermarket shelf.

With nothing to lose other than a string of unfulfilling casual jobs, Usman decided he needed to change tactic and create his own employment. He signed on to take part in an social enterprise incubator that saw the birth of Catalysr; a business that supports migrants and refugees to start their own business and gives them the tools to get it done. Not only has it changed Usmans path, it has now changed the path for a group of Migrapreneurs who are going on to create change and contribute to society in ways they never even considered before beginning their migrant journey to Australia.

Last month Usman was awarded Commonwealth Young Person of the Year presented to him by everyone’s favourite prince, Harry. Usman recently chatted with The Westies about how starting a business that helps others has helped himself the most. 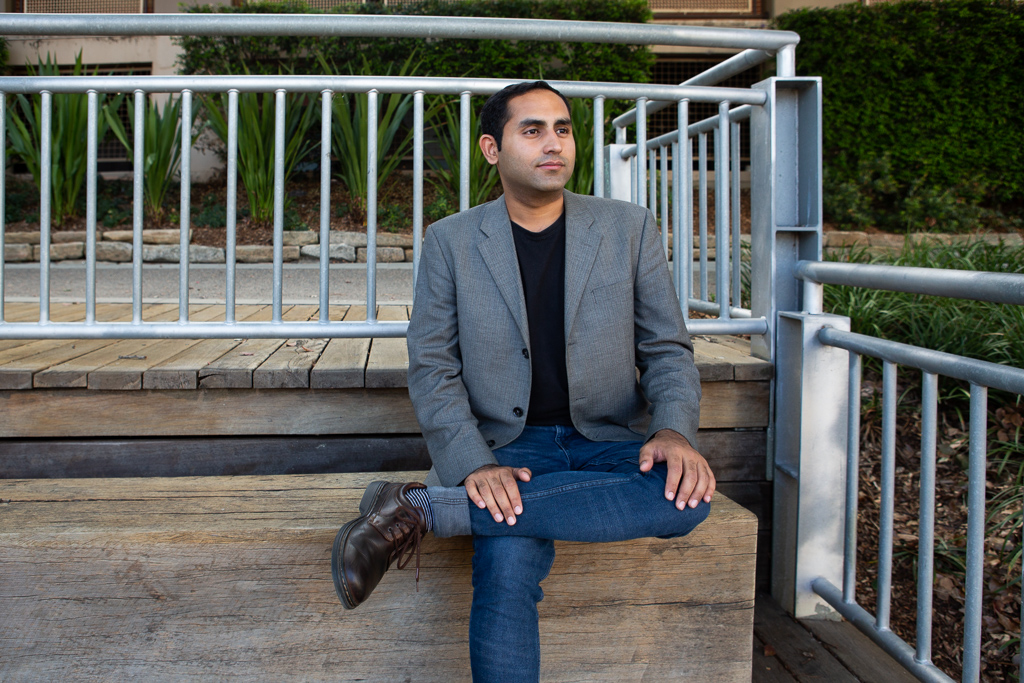 You can try to change the system, but sometimes it’s easier to change yourself.

The Westies :  Tell me about Catalysr, which you started in 2016 how did the idea for starting your own business come about?

Usman: It was born out of my own frustration with unemployment in Australia. I came here in 2013, I had a background in engineering, and completed my masters in engineering management here. Afterwards I just couldn’t get into meaningful employment – I was doing a lot of casual jobs, as you probably see a whole bunch of people who are highly qualified driving Uber, food delivery and other casual jobs. I was one of those people doing that. I was super frustrated that I couldn’t get into a reasonable engineering role, nothing at a graduate level, nothing at any level.

When I couldn’t find anything for a couple of years, I just was like okay, I need to give up and try something different. I thought ok, well I might start a business and I decided to take part in a Social Enterprise Incubator.

The Westies : Did you go into it with the idea of starting a business to help migrants and refugees?

Usman: No. I did have an idea, but that wasn’t Catalysr. The idea was to do a renewable energy, cleantech sort of program. When I did research I found out that someone else was already doing it, for me I thought there’s no point in recreating that wheel. Then I thought “okay, let’s look at something different, and go back to the drawing board and think about the problems.” My co-founder Jake and I met with Community Migrant Resource Centre, who run a business connect program to help people who like me were facing the same problem of unemployment and underemployment in Australia. That led to the insight of deciding to start a business where we can help people to start a business creating a catalytic reaction of one business helping others, hence the name Catalysr.

We received some initial funding in partnership with the Community Resource Centre to run a pilot. We said, “we are going to do this for three months to figure out if it’s something that’s worthwhile.” We took ten people through the pilot, out of those ten, three actually started businesses that are still running. That’s when we thought, there is something in this, we might as well push it. 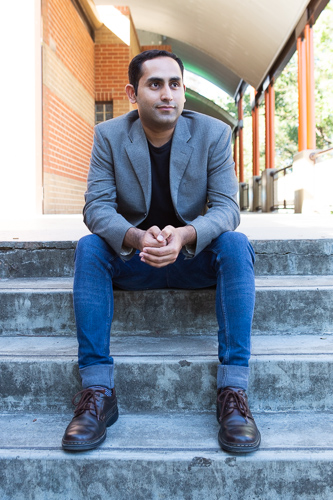 The Westies :  What kind of businesses are people wanting to start?

Usman: We have helped 66 people and started 15 new businesses so far. These 15 include everything from a food-truck company to a 3D printing company. The businesses are very different and diverse.

Koshari Corner are do amazing work with their rice and lentil dish. Mona is running Cinema of the Oppressed, she wanted to help women, especially those from a migrant background, who face isolation and domestic violence to use film as a medium to heal. Syed is running Water Democracy, he is developing a new kind of water purification product for use in Bangladesh and other developing countries to create more clean drinking water. Diamonds from the Sky was started by Mana, she is really passionate about fighting the blood diamond industry, she is planning to create 3D printed diamonds using Carbon Oxide and Methane.

The Westies : What kind of skills are migrants coming to you with and what does Cataylsr help with?

Usman: It’s a wide range, they come with their own domain, knowledge and expertise. We help them with the business stuff, helping them with understanding the Australian landscape, how business works here, and connecting them with the right people. Helping them connect to funders or to grants. Also the skills of  running a business and creating good habits, through coaching on a weekly basis and helping to keep them accountable. There’s the accountability piece, the business planning piece, the inspirational piece; which are all different and integral parts.

The Westies : How long does the program last for?

Usman: The official program is three months, but then we’re in touch with the alumni, whenever they need us. We want to ensure they’ve got a strong community that are helping each other in the long term.

If we don’t know how to deal with refugees that are migrating right now, when we have 20 million refugees. how we are going to deal with 2 billion expected refugees by the end of this century?

The Westies : I have noticed that you have referred to migrants on the Cataylsr program as Migrapreneurs. How important do you think it is, that people can put a label on what they are doing?

Usman: Using the term Migrapreneur was a very deliberate thing that we started using. The terms “migrant” and “refugee” are generally very loaded, you’ve often got a certain negative picture in mind and that just negates all the diversity and benefits of refugees and migrants. The benefit of having an identity is you can also use it in a positive way.

It’s not just in how the community look at migrants and refugees, but also for them to look to at themselves differently. They’ve had this past journey and experience, now how can they translate that into creating something positive for their community, creating employment for themselves and for other people. These people are assets that are underutilised. 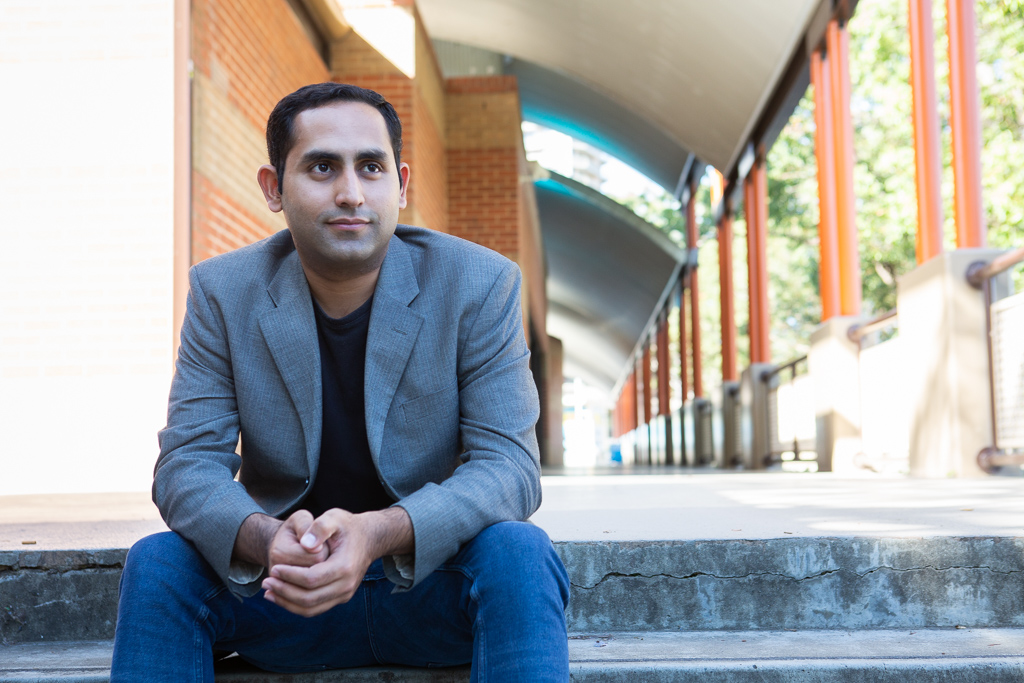 Often times people just don’t give themselves that permission to try and fail. If you’re already failing, if you are already been rejected, then it’s a lot easier to say, “I’ve got nothing to lose, I might try this as well.

The Westies : You have a your own experience of being a migrant, why did you come to Australia and what were your expectations?

Usman: I came to study my masters in Engineering. I wasn’t expecting that I was going to breeze in and get a job straight away but I didn’t expect that it was going to take a couple of years, and still not get anywhere. I came from a really good university in Pakistan where I studied engineering I had really good work experience there. I graduated with distinction from the University of Wollongong, I had local internships in Australia, all those different elements that you need to get into employment. I was expecting struggle, but what I wasn’t expecting was that even after trying so hard that it’s not going to lead anywhere.

For migrants generally, I think people are looking for better opportunities, for a better life. I think that everyone deserves to have the opportunity to have a better life.

The Westies : You started off studying something very different to running a business which supports others to start their own business and have had to adapt and learn new skills. How important is it to have a mindset that is open to change and transferring skills?

Usman: I think it’s very important, the way things are accelerating with technology a lot of the jobs that exist today are not going to exist tomorrow. It is super important that your mindset is open to every possibility and you have to be open to experimenting. I think if you see that something is not working for a consistent period of time, not just giving up prematurely, but if you see that it isn’t working, then figure out another way and do something different.